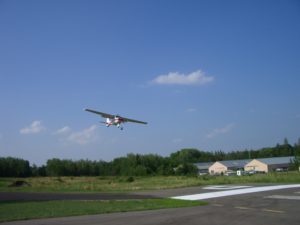 Nighttime aircraft operations ceased in the 1970s when, in conjunction with the growing popularity of snowmobiles, the lights were destroyed during the winter months. The resort then decided on the removal of the lights and subsequent cessation of nighttime operations.

The airport and the resort finally parted company in 1980, when the Hopkins House Breezy Point Co. sold it to a group of pilots who incorporated as a Minnesota corporation. From that point on, the airport has been under the private ownership of its corporate shareholders.

The Evolution of Breezy Point Resort 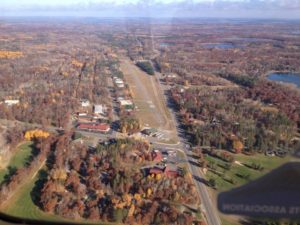 While the Breezy Point Airport has a clean, high quality paved runway, future expansion and maintenance is handled differently than public airports. At Breezy Point the  expansion and upgrades of the airport property is privately funded. The cost of maintenance for the runway and grounds comes from annual membership fees and assessments.  To date, the airport still has a policy of daylight operations only, as the runway is not lighted.

Airport expansion is completely up to the private shareholders of the airport through their board of directors. Most of the adjacent properties, hangars and residences along the runway are deeded to private owners.  These properties along the runway, including the aircraft hangars, are developed, bought, and sold much like residential real estate.